Water in the form of water vapour is an unavoidable component of the air in the environment where we all live and work. At normal humidity levels (35% - 60%) water vapour works on the human body positively, by providing a sense of comfort and euphoria.

Water in the form of water vapour is an unavoidable component of the air in the environment where we all live and work. At normal humidity levels (35% - 60%) water vapour works on the human body positively, by providing a sense of comfort and euphoria.

Dew point or dew temperature is the function of the difference between the indoor and outdoor temperature and relative humidity of the room where the condensation of water vapour occurs. This is the liquefaction of the internal water vapour contained in the mass of atmospheric air, which cannot be seen with the naked eye, and corresponds to the temperature at which the saturation pressure of the air in water vapour is observed (see table below).

The higher the relative humidity is, the higher the dew point we see, as a result it gets to the temperature of the room where we observe and the sweating of walls and windows.

This explains why the condensation phenomenon and consequently mould on building elements occurs mainly in kitchens and bathrooms. Same temperature may exist between rooms in a house, but more water vapour (500 to 1 000 g/h from cooking and 1 000 to 3 000 g/h from showering) is produced in the kitchen and bathroom due to specific activities than, for example, we are not doing any other activity than the usual (50g/h water vapour by breathing). Thus, for the same ambient temperature (e.g., 22ºC), the relative humidity in one room may be 80% (e.g., bathroom) and 50% in another (e.g., bedroom).

Studying the table below in relation to the example we see that in one room (bathroom) with a relative humidity of 80% the condensation effect will occur at 18.4ºC (just 3.6 degrees of cooling) while in the other room (bedroom) for the condensation effect to occur the temperature must drop from 22ºC to 11.1ºC (10.9 degrees of cooling). It is concluded that liquefaction and condensation occur on the surfaces of the room which have a temperature lower than the dew point.

As a function of an ambient temperature and a specified percentage of humidity from the table, the dew point temperature can be found based on the cooling of the air indicated in the relative humidity columns. 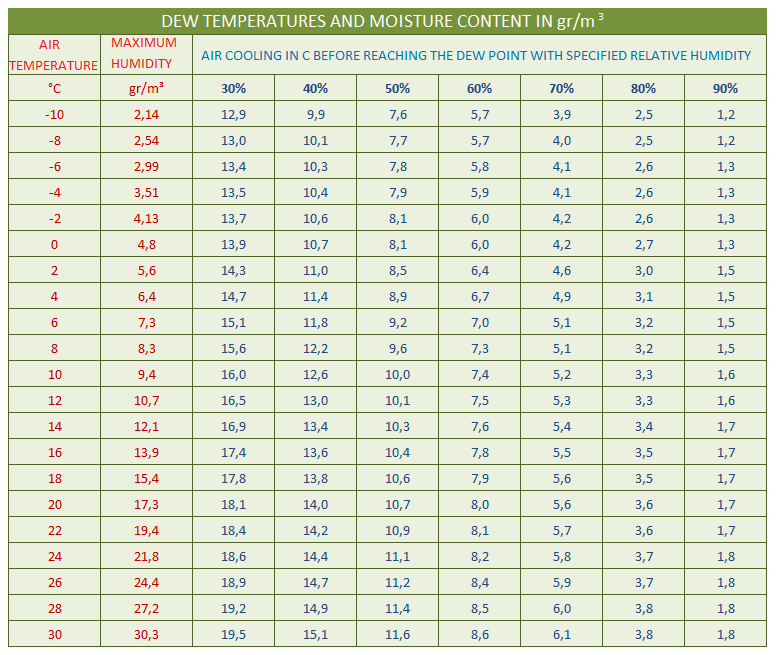 Given an ambient temperature and a specified humidity percentage from the table, the dew point temperature can be found based on the cooling of the air listed in the relative humidity columns. 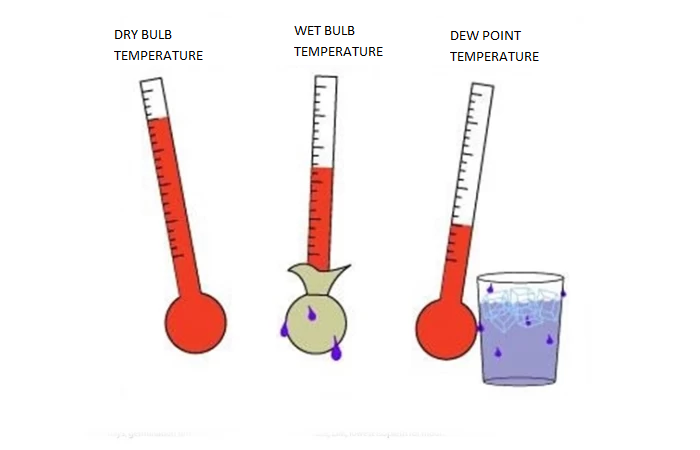 The above phenomenon is observed in the majority of private buildings and should be addressed with a specialized study and implementation proposal. Many people are confused and attribute the causes to moisture coming from the roof when this is not the case. On the contrary, the application of a waterproofing layer can have a negative effect by aggravating the phenomenon.

The phenomenon of condensation of water vapour and the creation of mould in the interior is due to incomplete or no thermal insulation of the roof or wall. 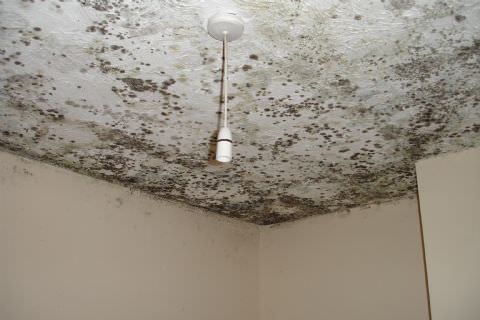 The correct treatment of this phenomenon consists in the installation of thermal insulation on the roof and walls and the interior painting with anti-fog and thermo-reflective paints. Particular attention should be paid to both the quality of the materials and the system to be applied. Prefer certified systems based on ELOT and not patents.

Below is the relevant diagram which shows the temperature and humidity connection for better living conditions. 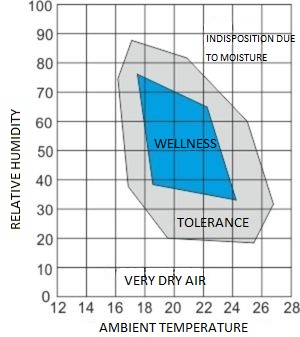