The sector of insulation materials and the concept of thermal insulation in Greece in general, started to be taken seriously in the early 1980s, after the enactment of the Building Insulation Regulation.

The sector of insulation materials and the concept of thermal insulation in Greece in general, started to be taken seriously in the early 1980s, after the enactment of the Building Insulation Regulation. The existence of a large number of buildings constructed before the introduction of the regulation (about 65% of the total building stock of residential buildings), shows us the magnitude and the importance to be given to the benefits of thermal insulation, both in terms of reducing heat losses during the winter period and in terms of reducing the thermal load during the cooling period.

A key benefit of installing a suitable thermal insulation system in a house is to minimize heat exchange between the internal and external environment, providing the necessary resistance to heat flow and transmission, so that on the one hand heating and cooling costs are reduced and on the other hand the thermal comfort of the people living in the house is improved. Thermal comfort is defined as the state in which a person expresses satisfaction with the thermal environment in which he or she lives or works. 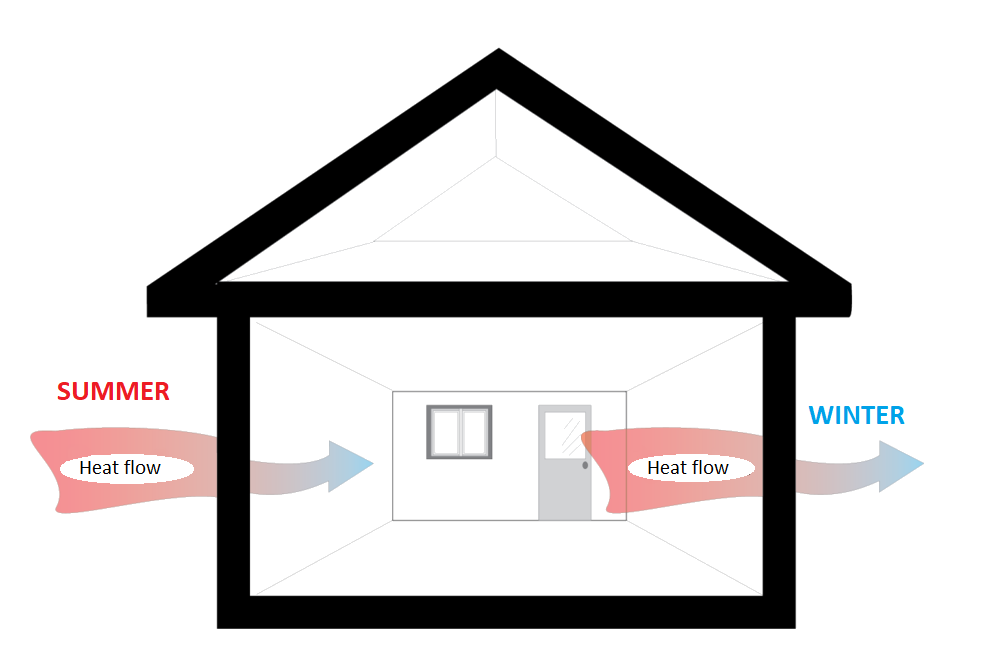 The transfer of energy takes place through three main mechanisms. The first mechanism refers to heat transfer in a stationary object (solid, liquid or gas) without phase change and in case of bodies in contact. It is called conduction.

The second mechanism refers to heat transfer between the surface of solid and fluid (liquid or gaseous body) body in contact at different temperatures and is called convection.

The third mechanism is based on the fact that any body of finite temperature other than zero, radiates heat through electromagnetic waves. Thus, unlike the two mechanisms mentioned above, there is heat transfer between two bodies of different temperatures without the need for the presence of an intermediate object, by the mechanism of thermal radiation. 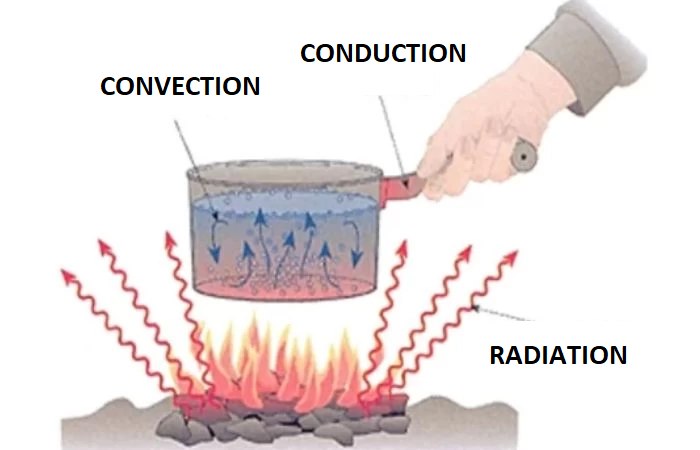 By applying an insulation of the roof and wall system, and the installation of suitable thermal insulation materials (polystyrene, glass wool, rock wool, etc.), we achieve the maximum possible deceleration of the heat flow between the bodies we want to protect. The immediate target is to keep the heat inside the house during the winter period and to prevent the influx (or inflow) of heat during the summer months. These insulating materials, the lower coefficient of thermal conductivity L, they have, the more efficient they are. Also, they owe an increased thermal resistance to the air trapped inside them, either in porous cells or between their fibers. Air is classified as a poor conductor of heat, as it has a low coefficient of thermal conductivity λ. It’s very small mass (due to its low density) minimizes heat transfer by conduction and convection.

Protection against the third mechanism of heat transfer through thermal radiation is achieved to the maximum extent by using and coating cold materials both on the roof and on the walls of a building. Cold materials are those materials that are characterized by high reflectivity to solar radiation and a high coefficient of emission of infrared radiation. Because of these properties, they absorb less solar radiation and more easily dissipate heat, so that less heat enters the building during the cooling season.

The amount and thickness of insulation you will need is depending on the climate, the type of heating and cooling system and the location of the home you plan to insulate. Also, remember that waterproofing and moisture control are important factors in energy efficiency, health and comfort.